How to lead people with impact?

An organization is only as strong as its leadership. However, most leaders have a large number of things on their plate each day and often only deal with their people on a transactional basis. This needs to change.

Leaders are on a stage every day and are role models for many. People look up to leaders and seek vision, clarity, guidance and a solid commitment from them. They need leaders who can create an impact on them.

Here are 5 key areas that strong leaders ought to focus on in order to lead people with impact:

In order to create an impact and to be effective, a leader needs to work on building trust. This is half the battle won. In order to do this, he/she needs to have a positive relationship with the team. This is not a one-day task, but it goes through many stages including handling issues, communicating well and being consistent. It is important to take genuine interest in the matters of your team mates. People also tend to trust their leaders who honour their words and follow through. In order to be a trusted leader, you must be consistent in your behaviour and not leave room for doubt.  Trust is also built if they know that you are good at what you do. So, when your expertise is validated, there will be more of an acceptance by the team. And more than anything else, stand by your team when they need you and they are more likely to reciprocate positively.

2. Accepting people as who they are

I was recently talking to a former employee of mine who is also my mentee. She was complaining about her current manager who constantly pushes her to become someone who she is not. My advice to her was to find a job that leverages her skills best and one that she is passionate about, rather trying to become someone else. People don’t change but they certainly evolve! There is enough talent in people that we can leverage without trying convert them into someone else. Help them become a better version of themselves and you will get a lot of out of them. If we can get up every morning excited about what we are going to do, we really don’t need anyone to tell us what to do. Leaders, in my mind should be better coaches than managers.

3. Challenging them to do better

Along with acceptance, an impactful leader also needs to challenge the team. Challenging someone to reach their potential is easier said than done. Often times, your team members may not like you when you push them to do more, but they will eventually figure out why you did that. This is not a popularity contest anyway. However, one needs to be mindful that there is always a fine balance between pushing them to reach higher goals and constantly focusing on their flaws. The latter can permanently damage an individual’s self-confidence.

I have often been accused of giving candid feedback too frequently by my teams. Now, is that a bad thing? I have often asked this question to several leaders who have reported into me and who have gone on to do well for themselves. The consistent answer is that my regular feedback was what helped them stay on course and improve, and although it was sometimes uncomfortable for them at that time, it has hugely helped them grow as individuals in their career.

Most people look for positive reinforcement and as leaders if we can provide that on a regular basis, it keeps the motivation levels of the teams high. One should also not shy away from giving corrective feedback. Many times, people don’t know where they are going wrong and whether there is any room for improvement. Holding that mirror up is key!! This also shows that you are taking genuine interest in the development of your team members. However, remember the golden rule “Praise in public but reprimand in private”!!

5. Focus on the issue not the person

Often times, while giving feedback, we tend to get personal with people. Sweeping statements like, “You always make errors!”, “You always come late to work!”, “You don’t have enough knowledge!”, etc.  can be very damaging to the psyche of any individual and will have detrimental effects. It takes a beating on their self-confidence and they will despise you as a leader. Rather than focusing on the individual themselves, leaders should focus on the issue. An example would be, “Last Wednesday, the report you sent out contained errors on 3 parameters i.e. date, time and duration, and the client was extremely unhappy. So, make sure you double check the reports before you send them”, will go down much better, and your team member is more likely to improve. So always focus on the issue.

In order to be an impactful leader, being authentic is important. It is not only necessary to be capable and reliable at work, but you also need to lead by your own values and beliefs. That’s what will set you apart. Your actions must always reflect your core belief.  Effective leaders lead according to their personal code of conduct. The power that a leader has to influence the team can thus be used positively to build a strong team. 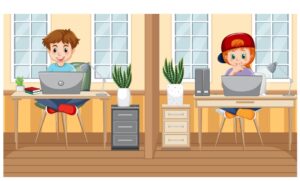 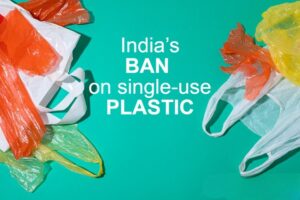 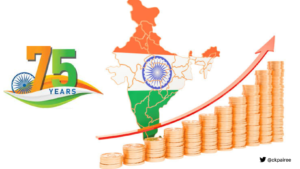