Where is India headed as we close FY2022? 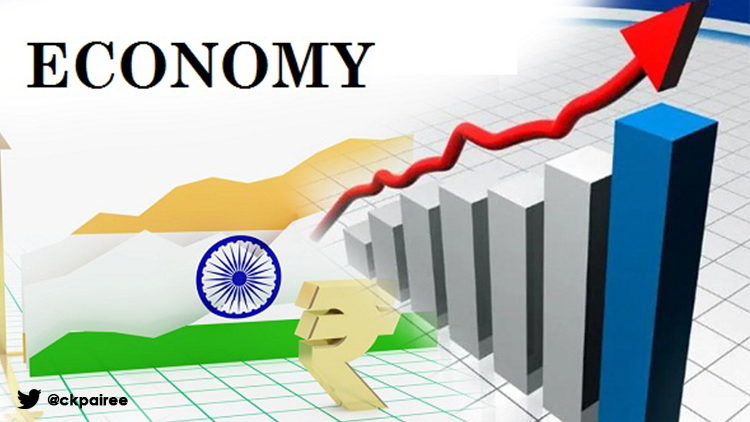 Time for a post-pandemic economic reset

Back in January 2020, when a medical student from Wuhan university tested positive for coronavirus and became India’s first Covid-19 patient, little did we know what lay ahead of us and the implications it would have on our economy. After two long years, the world now seems to be moving towards endemicity, but the challenges will keep arising and of course, so will the answers.

The impact Covid-19 has had on talent, supply chain, inclusive growth, and more have been staggering. We still do not know when the pandemic will be classified an endemic in India. When lockdowns began in March 2020, we did not know what lay ahead.  Every time things started getting better, new variants emerged. With all this, it took a heavy toll on the businesses and of course the overall economy.

Will there be an economic reset manifest of a post-pandemic world?

As of now, from what I’m seeing around is that despite covid-19 cases, there has been a steady decline in the anxiety caused by the virus. People are no longer ruled by that unknown fear from 2020. When this happens, it is natural for consumption to increase. This will lead to more demand and a slow revival of the economy. The only thing we cannot predict are the external geopolitical and economic happenings that can be a threat to this economic revival. Yes, I am referring to the Ukraine issue and its impact on world economies.

As we close financial year 2022, here is a look at how the current year may end according to official statistics and predictions.

The Numbers tell a story

Numbers that the Financial Ministry released earlier this year showed that even though India was on its third wave, economic activity continued to be resilient. We saw this manifest in the vigorous performance of the PMI manufacturing, exports, e-way bill generation and also the power consumption. Good news is that according to their report, the impact of the Omicron (third wave) has been much weaker than the other two Covid-19 waves on the Indian economy.

The National Statistical Organisation (NSO) has projected GDP growth for India in 2021-22 at 8.9% in the second advance estimates of national accounts. NASSCOM has projected the Indian IT sector will grow 15.5% in FY22 and become $227 bn industry in its yearly strategic review for FY22. GDP growth data for Q1 of FY22 has been revised from 20.1 per cent to 20.3 per cent, while that for Q2 was revised from 8.4 per cent to 8.5 per cent. India’s GDP growth for Q3 of FY22 came in at 5.4%, which was a tad below the expectation of 5.7% as the manufacturing sector recorded tepid growth amid unexpected de-growth in the construction sector.

If this goes on, the Indian economy will likely grow at close to 9% as projected in the advance estimates for the current year.

Inflation and its impact

One can recollect that India’s headline inflation rate based on the Consumer Price Index (CPI) had jumped to 6.01% in January 2022 and this was the highest in seven months. The MPC has retained its inflation forecast for FY22 at 5.3% and so the inflation for the current year may close within its tolerance band of 2%-6%. One thing that we can certainly expect is that petrol and diesel prices will now increase as oil companies plan to reduce losses accrued from keeping rates stable during the elections in five states, which is now well behind us. Not to mention the oil prices that are already on the rise with international prices skyrocketing as a result of Russia’s invasion of Ukraine. This is clearly likely to impact the inflation rates negatively.

Overall, India has decisively and definitively moved beyond the pandemic slump as all sectors of the economy are seeing a nice rebound. Regarding the Russia-Ukraine war, we are all hopeful that it will be resolved quickly as the world cannot afford a long-drawn-out conflict after the pandemic.

History has shown that after every disaster led downturn, there is a sharp upswing. Therefore, we can only look forward to a much better FY23 economically as we leave FY22 behind.