Empowering Women Leaders: Why and How?

March tends to be the month when a lot of attention is suddenly given to women empowerment due to March 8th being celebrated as International Women’s day world over. I truly believe this is an issue beyond just March of every year and needs more attention. If India has to reach its true potential in terms of economic prosperity, the involvement and contribution of its women folk becomes hugely important.

The numbers when you look at diversity and inclusion in India, specifically gender, is rather grim. India is ranked 142 out of 149 countries in the economic opportunity and participation of women index (The Global Gender Gap Report 2018 of WEF). Women constitute 50% of the workforce globally and generate 37% of GDP, (McKinsey report) but things are different in India as the GDP generated by women is only 17% here. A study even showed that though there is 30 percent representation of women in corporate India, sadly, there are only 11 percent of senior women leaders in the ecosystem. The junior and mid-levels fare slightly better at 38 percent and 20 percent, respectively. There is a huge scope for improvement. Why is this so important? Is it worth the change, one may wonder?

It is a no brainer! Forget for a moment that this is a moral issue that we need to treat all sections of our society fairly and give them equal opportunity, let’s simply look at it from economic terms. A 10% increase in women workforce will result in an addition of more than $700Bn to India’s GDP by 2025. An April 2012 McKinsey report showed that financial returns were higher in companies that had greater diversity (female and culture) on their executive boards .A March 2011 Research Report from Catalyst showed a 26% difference in return on invested capital (ROIC) between the top quartile companies (with 19% to 44% women board representation) and the bottom quartile companies (with zero-woman directors).

Some of the distinct qualities of women leaders like the ability to multi-task, empathy, strength, intuition, compassion, and collaboration can help an organisation thrive. Many a times, these are the very qualities that men may lack. By having equal representation of women, there will be a much-needed balance in the corporate world. By getting these leaders of tomorrow to focus on the positives, we can help build confidence as well as gain acceptance at large.

In order to become gender diverse and support women leaders, an organization has a huge role to play. An ecosystem, which is both physical and emotional, like creating gender specific needs like play areas, cribs, set up coaching and counselling etc is crucial here. This is what will create an open and trusting environment to ensure that there is skill development and individual growth as well. Creating awareness among the male workforce across all levels and involving them in conversations is a must. However, there are times when the roadblock is internal and women themselves have a role to play in D and I.

Of course, there is no hiding the fact that women tend to go through more fluctuations in career with breaks, children, family issues and more. Sometimes, these career gaps are taken in a negative manner by companies. I, myself have experienced in the companies that I have built where women leaders themselves have pushed back when I told them to hire women who have taken breaks. These are perhaps driven by their own biases.

From my experience for 3 decades as an Entrepreneur in the industry as well as a Coach for the past several years, I have understood that there are certain aspects that can be dealt with to help women leaders scale up. Some of the common elements that usually come up are confidence issues, cultural differences, personal biases as well as individual problems.

Challenge and Coach to Empower

All the issues that I spoke about can be dealt with through coaching and by challenging these women and building their confidence. In fact, in Pairee Learning, we do this through one of our signature workshops called the ShEmpower. Sometimes, what is needed is an external person asking you those tough questions that can change the mindset to eventually break the glass ceiling. There are a lot of cognitive biases that get projected in a woman’s decision making due to the upbringing and even parental influences. Through coaching, one can help develop these leaders and help them free themselves from these biases and roadblocks.

To address the issue of gender equality, we must first understand that it is systemic. Women are equally talented, if not more. There is an unconscious bias in the system, and we must also train the men to challenge and deal with it. We all have a bias and one way to deal with it is to first acknowledge it. Pairee Foundation is contributing to this in a small way by running skill development programs for rural women in the government women’s colleges of Mysore, to help them become job ready.

I would like to end on a positive note, that in my own career over the past 3 decades, I have seen so much more improvement in the involvement of women in all spheres of life. One example that comes to my mind is, when I started flying over three decades ago, a woman pilot was almost unheard of. Now, almost in every other flight that I take, there is at least a woman first officer if not a commander. There is still a long way to go, and we have to speed up things, but there is definitely light at the end of the tunnel. The change must begin with us and now. Be that change!

Paving the way for future leaders 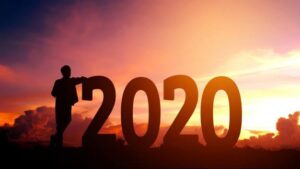